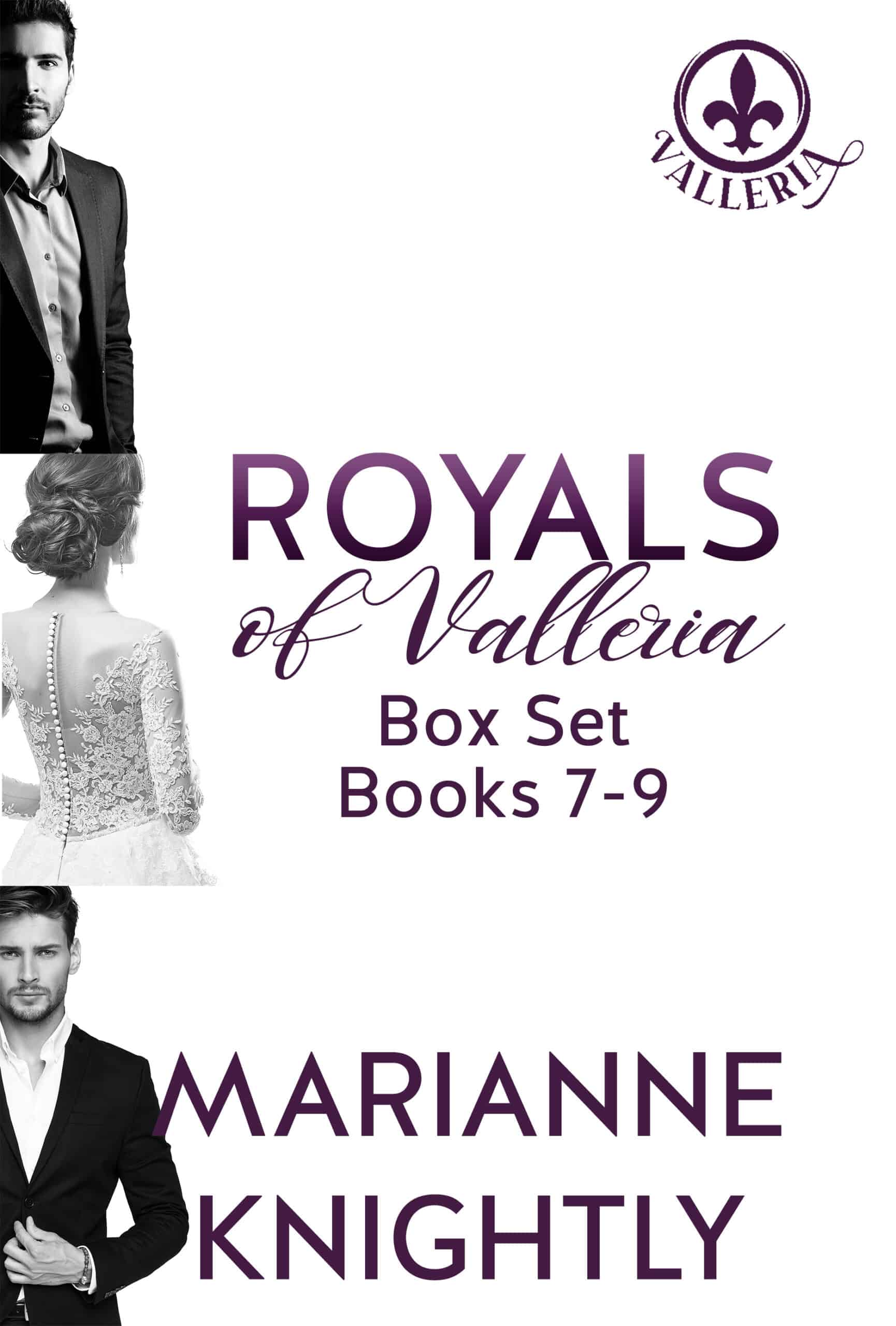 This box set contains the books 7-9 in the Royals of Valleria series: Royally Ever After, Lorenzo & Lily, and Sarah & Vittorio.

This box set contains books 7-9 in the Royals of Valleria series: Royally Ever After, Lorenzo & Lily, and Sarah & Vittorio. These novels feature royal families that love one another (even while they annoy or fight with each other), elements of suspense and politics, and a look behind fictional palace walls. These are standalone novels in the series with no cliffhanger, and feature sexy scenes and swearing. Emotional trigger warning: potential assault, domestic abuse, PTSD, and pregnancy.

The royal wedding day is finally here … or is it?

Alex and Rebecca have already faced some difficult situations over the past year on their way to the aisle, and now they’ll face their toughest challenges yet. An unexpected medical crisis with two members of the family throws into question whether the wedding should be delayed, while an ancient law could destroy their right to get married at all.

As if that weren’t enough, visiting royal relatives wreak havoc in the palace, while a menacing voice from the past arises once more, threatening all they hold dear.

Will Alex and Rebecca live royally ever after?

This novel features a fictional royal wedding, families that love one another (even while they annoy each other), and a look behind fictional palace walls.