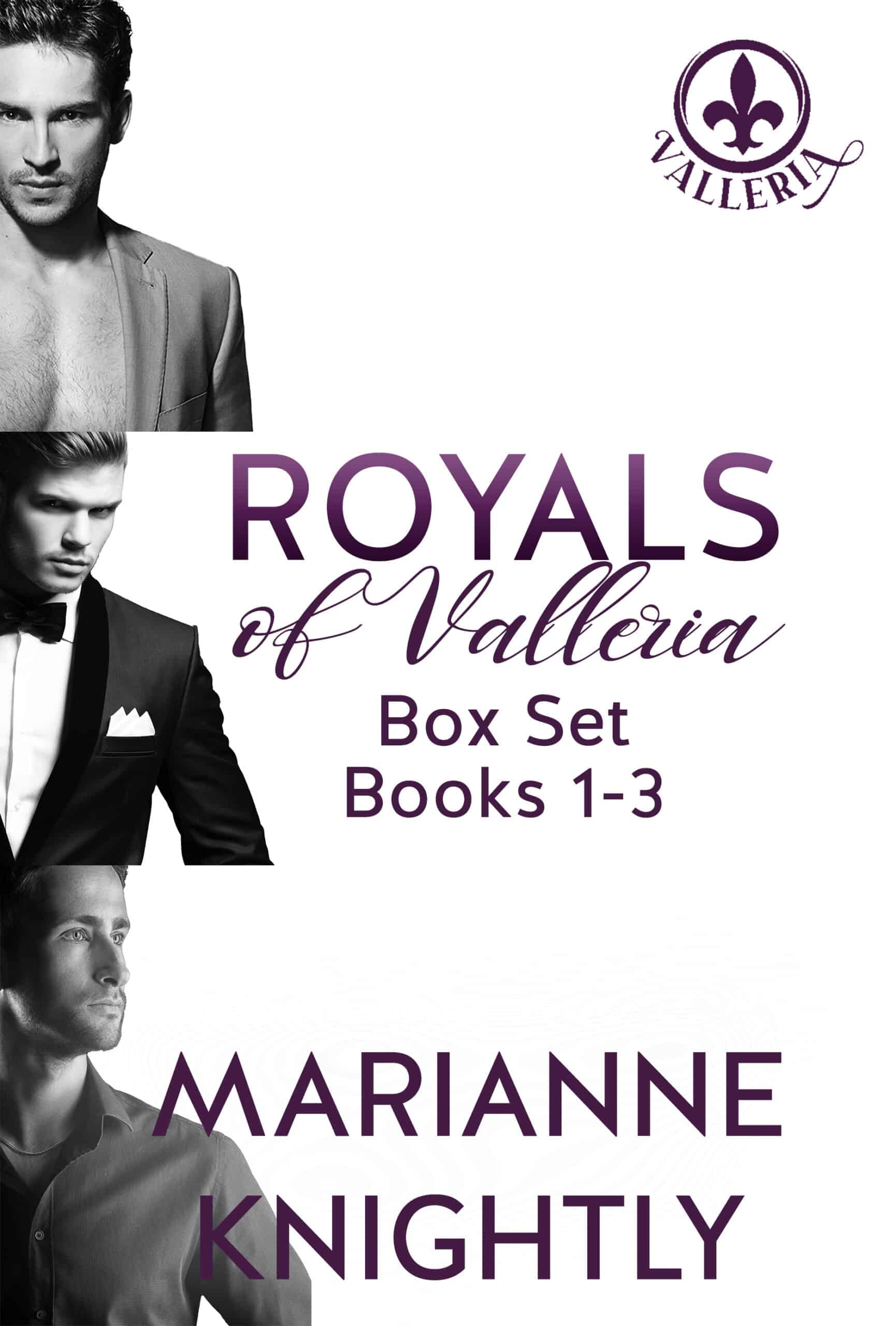 This box set contains the first three books in the Royals of Valleria series: Alexander & Rebecca, Marcello & Grace, and Arianna & Finn. These novels feature royal families that love one another (even while they annoy or fight with each other), elements of suspense and politics, and a look behind fictional palace walls. These are standalone novels in the series with no cliffhanger, and feature sexy scenes and swearing. Emotional trigger warning: potential assault, domestic abuse, and pregnancy.

A widow with a tragic past, who never thought she’d love again.
Widowed one year after a disastrous marriage, English Lady Grace still carries the visible and hidden scars of her past, yet she’s finally ready for a visit from one of her oldest friends, Valleria’s Princess Catharine. What she didn’t expect was a visit from her brother, Prince Marcello. When she begins to feel the first stirrings of love within her, can she overcome the horrors of her past to make a future with him?

A prince protecting his country, torn from the woman he loves for a dangerous mission.
Prince Marcello, head of Valleria's national security and defense, is still dealing with the fallout from security breaches under his watch. After long days and nights of political maneuvering in London to reclaim Valleria’s and his reputation, he takes a needed break by joining his sister on a visit to her friend, Lady Grace. What he thought would be a relaxing week becomes anything but when he begins to fall in love with her.