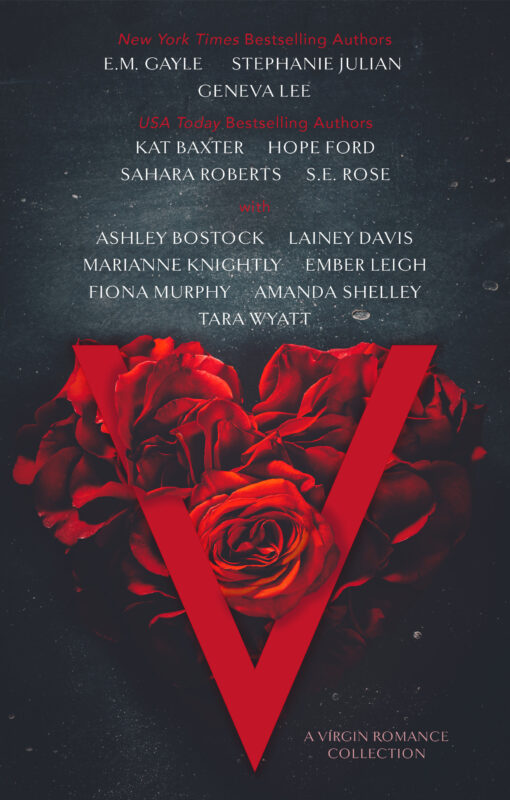 You never forget your first time. Fourteen of romance's hottest authors bring you a collection featuring sizzling all-nighters, short and steamy quickies, and everything in between. All with one thing in common: it's all about the V...

"Loved this anthology [a lot]. [Couldn't] put it down at all. 5 star book...Each story was so good and [I] kinda wish each one had more to give because [I absolutely] loved them." - Goodreads Reviewer Alexis

NOTE: This free anthology was available during February 2022 only and is no longer on sale.

You never forget your first time. Fourteen of romance’s hottest authors bring you a collection featuring sizzling all-nighters, short and steamy quickies, and everything in between. All with one thing in common: it’s all about the V…

The collection includes both novels & novellas from:

Jack of Hearts by Kat Baxter
Nothing But Trouble by Ashley Bostock
Deep in the Pocket by Lainey Davis
V-Card Sweetheart by Hope Ford
Gabe’s Obsession by E.M. Gayle
Seducing Whitney by Stephanie Julian
Alexander and Rebecca (Royals of Valleria #1) by Marianne Knightly
London Dynasty by Geneva Lee
Breaking the Sinner by Ember Lee
His On Demand by Fiona Murphy
Jasmine by Sahara Roberts
A Fierce Princess by S.E. Rose
Vince by Amanda Shelley
Scoring Position by Tara Wyatt