Pre-Orders are live for the Brazenbourg Duet! Cover reveals and links below, along with answers to some of your questions! Goodreads links are coming soon. Leave a comment below and let me know what you think of the covers! 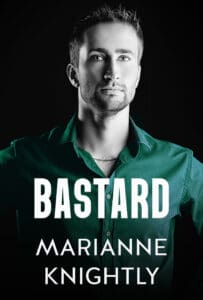 Traitors came like thieves in the night and stole the crown, the country, and the throne. They think they’re safe. That the people won’t fight. That the rightful Crown Prince and Princess will submit to their will.

How wrong they are.

Our communications are being monitored and we’re not sure who to trust. Yet, despite all that, forces rally to reclaim what has been lost.

Come visit Brazenbourg one last time to see who claims the throne once and for all, and learn the fates of Crown Prince Finn and Crown Princess Arianna.

When’s the next Royals book?

Technically, these are the next (2!) royals books! I’ve just listed them as a separate series to keep things simpler since the first book ends in a cliffhanger. Arianna and Finn are the featured couple in both books, and Sarah and Vittorio/Rio have their own smaller storyline through both books too. Other royals may pop in too!

What can I expect from these books?

💚 If you haven’t read any of Arianna or Finn’s stories in the Royals books, don’t worry! You will still be able to dive into Bastard (Brazenbourg #1) without missing a beat.

💚 The Brazenbourg books are a duet. That means there are only 2 books in the series and the first book ends in a big cliffhanger (which none of my other books have done before).

💚 The Brazenbourg duet will also delve much more into the politics of the country. There are a lot of issues happening in Brazenbourg (and in our real world) that I felt were important to include. While the books are not ‘political thrillers’ they will mention issues like immigration and refugees, adult literacy, and others. If you know my stance on things (which are all about inclusivity, kindness, empathy, justice, and helping others, including refugees), then you won’t be surprised, but I am mentioning it now to give you a heads up so you know what’s coming. (And if those are things you’re against and you send me nasty emails, I will not respond.)

💚 In true last-book-of-the-series-fashion, Book 2 will have epilogues (yes, plural!) featuring our favorite Brazenbourgians (and some other royals) in the future.

What about print versions?

I’m not able to set up pre-orders for print versions, so those will be available closer to the release dates. I’ll also be publishing a print version of the box set – both books in one!

I’m prioritizing the Royals audios right now, so I wouldn’t expect the audiobooks for a long while. The good news is that Arianna and Finn’s story in Royals 3 is in production right now, so you’ll still get an audiobook featuring them later this year!