This blog post takes a peek into Vallerian* history that is relevant today.

If you’ve read the Royals of Valleria series, you’ve probably read a few mentions of the Vallerian Royal Crest or the Vallerian Coat of Arms. Rebecca wears a pin/brooch of the crest set in gold in jewels which, as we learned in Royals of Valleria #1, she had specially made when she became Princess Catharine’s chief of staff, to symbolize her dedication to the position and to Valleria. It was destroyed in Royals of Valleria #6 by diva designer Alberto Bocci, but Alex gifted her with a new pin later in that book (he also gifted her with a pin of the Santoro family crown; more on that in a future post).

Let’s take a look at this piece of Vallerian history. (Note: For those who want to know even more, I’ve included some “Superfan Notes” throughout the post.) 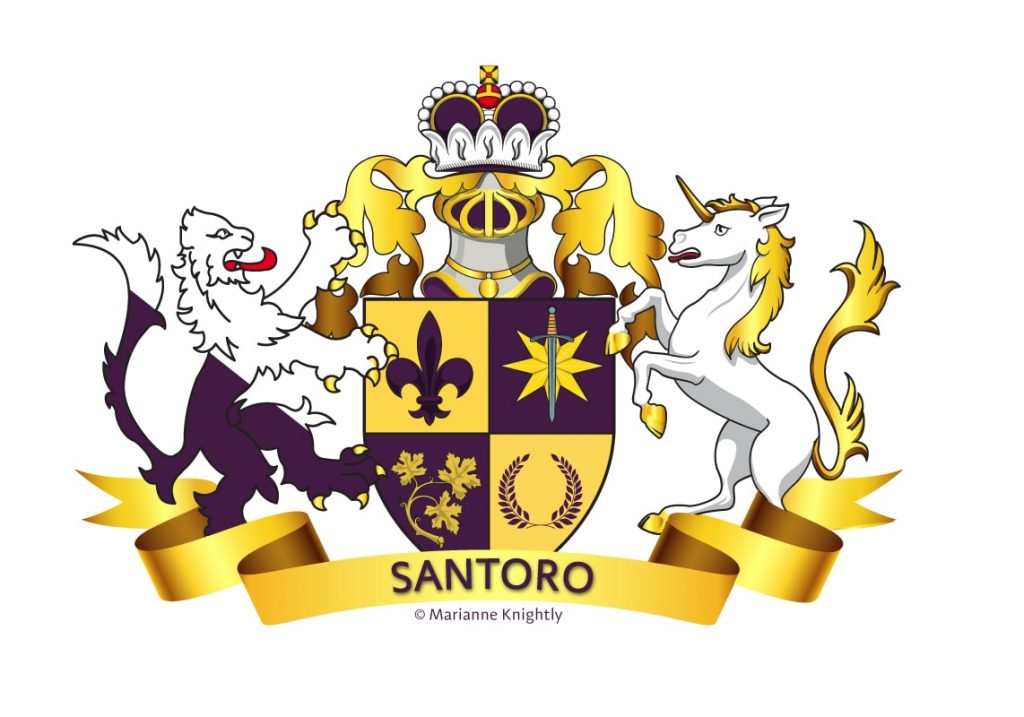 Elements on various crests (or coat of arms – I’ll use the terms interchangeably), can change depending upon the purpose. There are a few elements of the Vallerian crest that change.

Elements of royals crests – or any crest, really – also tend to have symbolic meaning. The same is true for the Vallerian crest and here are some of the meanings (basically from the top of the crest to the bottom). Please note that these symbols can have other meanings as well, that are not listed here.

The colors are also significant.

What do you think about the Vallerian Royal Crest? Did you enjoy learning about Vallerian history? Head to my blog and let me know in the comments!